Samba Da Aguia Pescadora was inspired by a connection between the Chesapeake Bay and Brazil in the migrating patterns of the Osprey. It winters in the warm climate of eastern Brazil and the Caribbean. Then, in March it returns to its nesting grounds along the Chesapeake. The title uses the Portuguese name for the Osprey, "eagle fisherman". Recorded by David Arivett, ensemble demo.

The tune is pretty straight-forward; however, it has several unusual aspects. The number of measures in its AABA form are 8-8-10-9. While the melody is diatonic within D major, the chord progression is intentionally vague as it shifts between keys/modes. 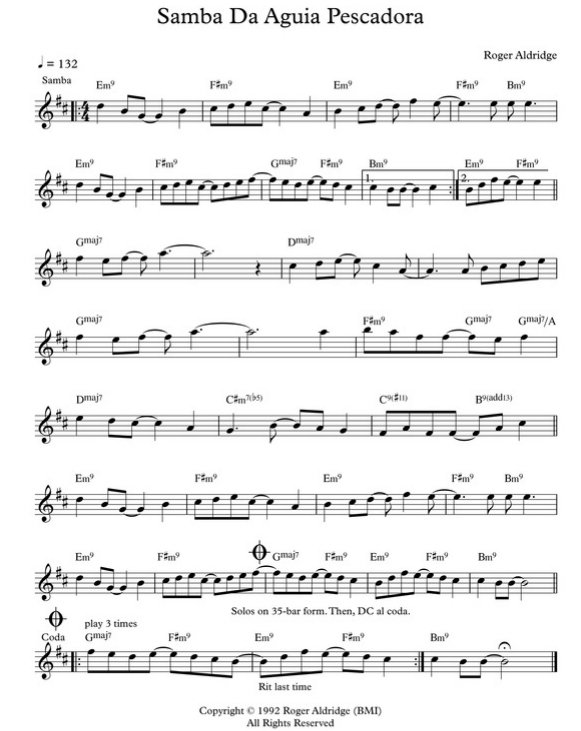